Types of service dogs and what they do

You might have heard of service dogs before, and there’s a good chance you’ve come across one while out and about. But have you ever wondered what types of service dogs there are, and what they do? This guide gives you examples of the different jobs service dogs may take on within our society. What is a service dog?

Service dogs are sometimes referred to as working dogs, as they usually have a role or job within society. This can range from police dogs, to detection sniffer dogs.

There are different types of service dogs, and each may be trained differently to be equipped to deal with certain scenarios and situations. Service dogs are usually bred for purpose and will start their training from a young age all the way through to their adulthood. Sometimes they will undertake tests to ensure they’re capable of doing the work they’ve been assigned to, and that they meet the expectations of the job. 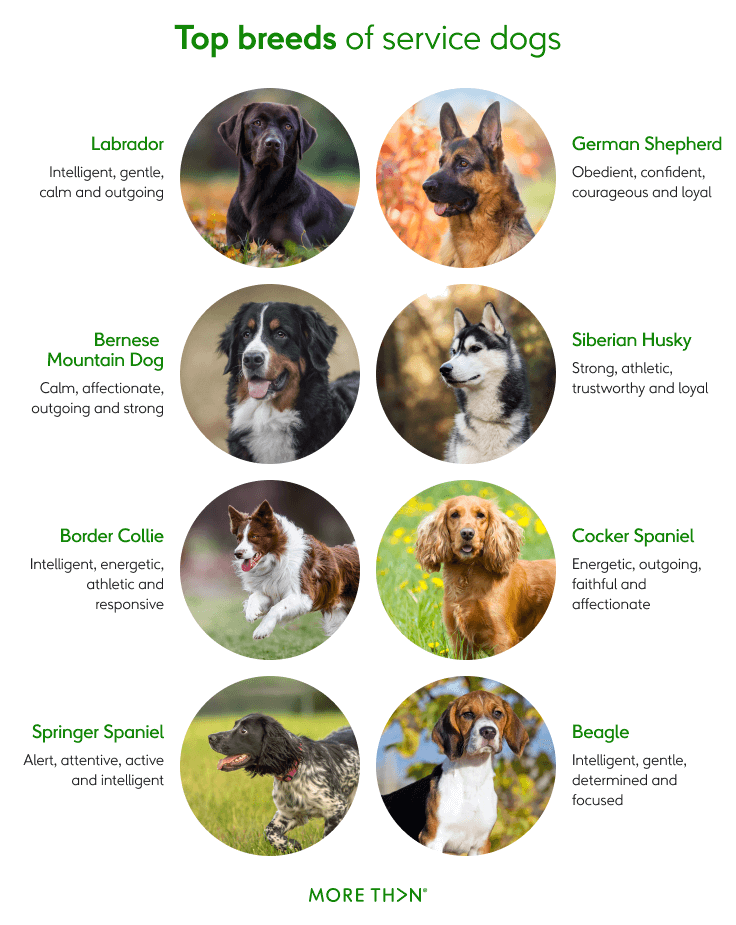 You might have noticed when you’ve seen service dogs out and about that they’re usually similar breeds. That’s because there are certain traits and behaviours in certain breeds that make them the perfect fit to become a service dog. Some of these traits include:

Dogs also have a sense of smell superior to that of humans, and they can use this to their ability when it comes to sensing their surroundings or searching for something.

There are 10 dog breeds that are the most common in service settings.

Military and police dogs are specially trained to assist with a huge range of duties for law enforcement. From searching for people to drug detection, they are trained to use their noses and super-strong sense of smell.

Most police forces usually have a number of general-purpose police dogs, and they can be used for any task, from protection and tracking, to detecting evidence, and also general security and guarding.

The most popular military and police dog breeds are:

Widely recognised as a general-purpose dog in the forces, they have high energy and intelligence as well as being easy to train. German Shepherds were first used for service in World War I, and also served in the rescue effort of 9/11.

Known for being one of the best sniffing breeds, Beagles are scent hounds most commonly used for drug or weapon detection, and their smaller size means they can navigate small areas. Their cute faces and good looks also help them to go unnoticed in certain environments.

Spaniels are intelligent and versatile, and are recognised as the main sniffer dog breed within the forces. With bundles of energy, spaniels don’t tend to tire easily, and they’re also super intelligent and agile.

Easy to train, efficient, and with hunting instincts, Labrador Retrievers make popular dogs within the police force. They’re great sniffers, so are perfect for jobs such as drug detection and arson investigation work.

With the ability to follow a scent trail up to 130 miles away, Bloodhounds make the perfect police sniffer dog. They’re also energetic and intelligent, making them perfect for search and rescue work.

Typically, mountain rescue dogs use their sense of smell to detect a persons scent, often from long distances. Therefore, dogs are trained from when they are puppies on their scent work before they become fully-fledged rescue dogs.

The most popular mountain rescue dog breeds are:

Efficient, eager to learn and easy to train, Labrador Retrievers make popular mountain search and rescue dogs. They have good sniffing ability, which helps when it comes to searching for people.

The calm demeanour of Bernese Mountain Dogs make them great at carrying out lengthy search and rescue missions. They're also strong, large in size, and their long coats make them more accustomed to snow and cold conditions.

More than comfortable in freezing temperatures, Siberian Huskies are great for working in snowy and cold conditions. They are strong, eager to work, trustworthy, and they also love people.

Large in size with a strong coat and undercoat to keep them warm. St. Bernards are gentle giants and are affectionate in character.

Great at training, endurance and ability. German Shepherds make great mountain rescue dogs as they're keen to work, are strong, and have great stamina.

Not so commonly known, water rescue dogs (sometimes known as lifeguard dogs) are trained for sea rescue missions. Their job typically tends to be assisting in recovering people that are injured or in difficulty in water. They are usually trained to work on short and long swimming distances, and can sometimes be trained to work from helicopters or onboard lifeboats.

The most popular water rescue dog breeds are:

Strong, large and powerful, Newfoundlands make great water rescue dogs. They're also calm and collected, which can give them great endurance when on longer rescue missions.

Find out more about our levels of pet insurance cover Do I need pet insurance?…

Our partnership with Dogs for Good… 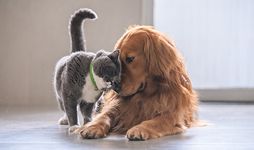 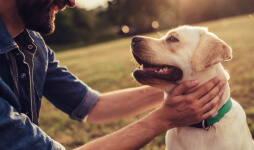 10 benefits of owning a pet…